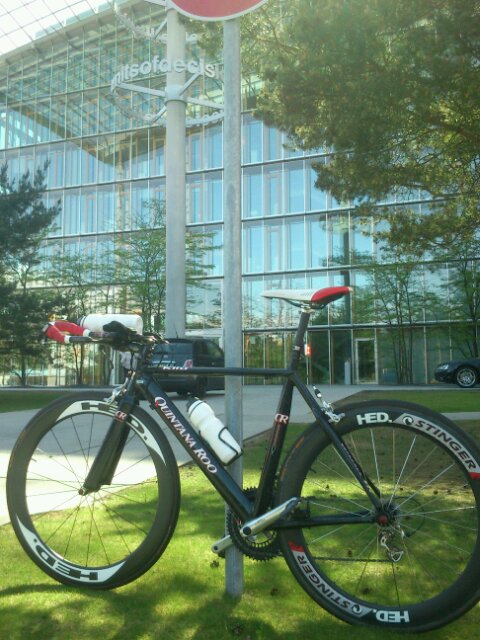 Update April 2013: There is an improved version of this custom Aerobar Computer Mount – please read this post for more details.

There are several options to mount a Garmin Edge cycling computer on a standard road bike. However, on a triathlon bike, things are not that easy. You could mount the computer on your stem – however, this option is not compatible with bottles mounted between the arms which is the most aerodynamic solution. Another option would be to mount the computer on one of the extensions. Yet, this would be a poor choice in terms of visibility. There is a quite exhaustive thread in the Slowtwitch forum which discusses several options and custom made solutions. I want to share mine ;-).

I took a carbon fiber plate and marked an octagon shape on it. 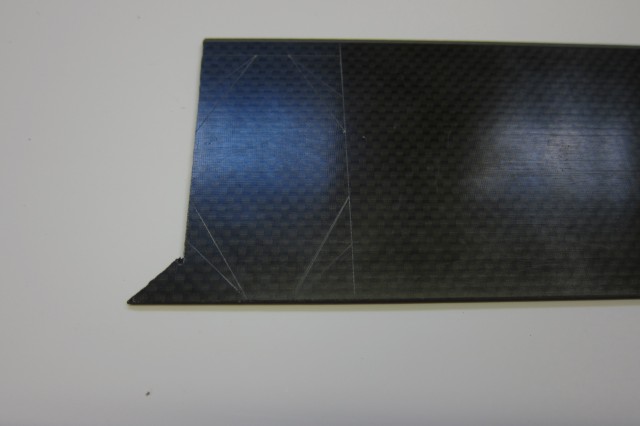 This was put into a standard bench vice. 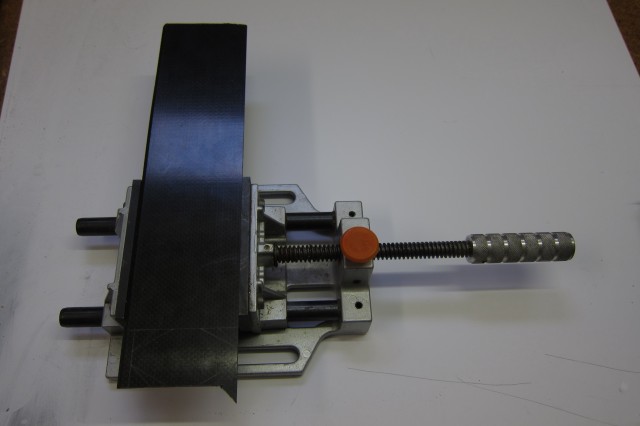 The easiest method to cut straight lines into carbon fiber is to use a Proxxon / Dremel machine with a cutting wheel. 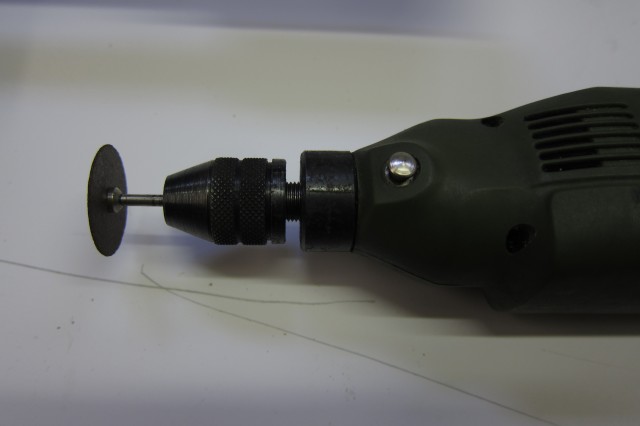 In approximately three minutes, the cuts were made. 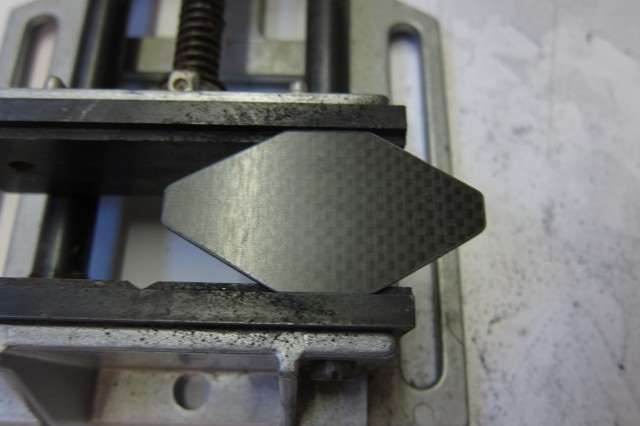 The next step was to drill two holes each on the left and the right side to accomodate the cable ties. 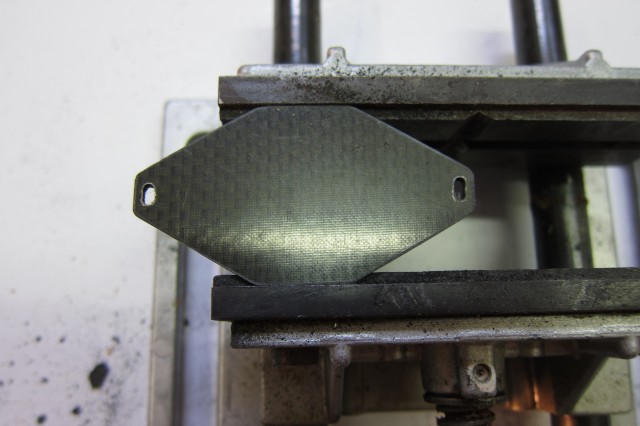 Afterwards, I took a standard Garmin Bike Mount. However, the extensions of the mount to fit the rubber ties are somewhat redundant.

So I removed them, again with the Proxxon and a cutting wheel. 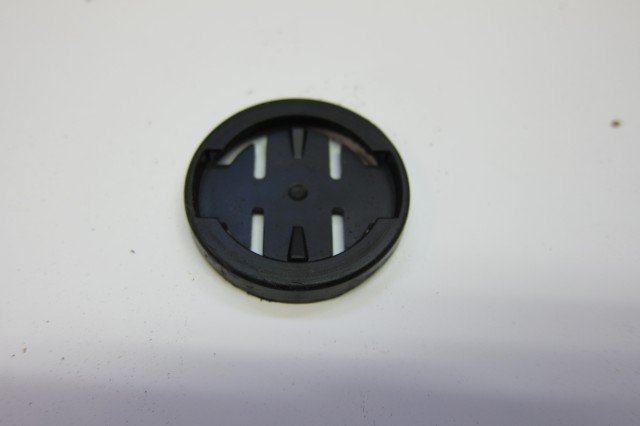 The result after a couple of minutes – pretty slick.

The trimmed down Garmin Mount will be glued on the carbon fibre plate. 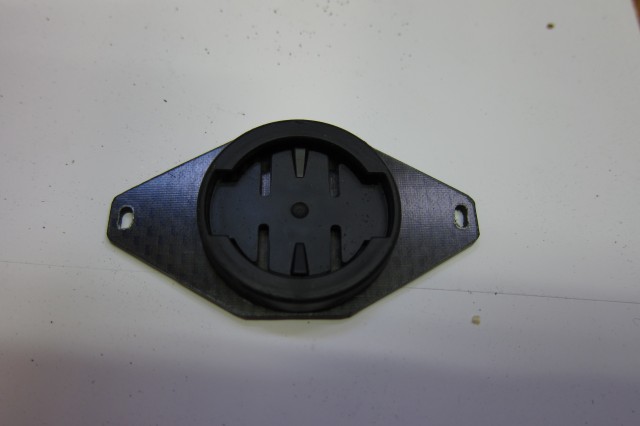 The final mount after gluing. 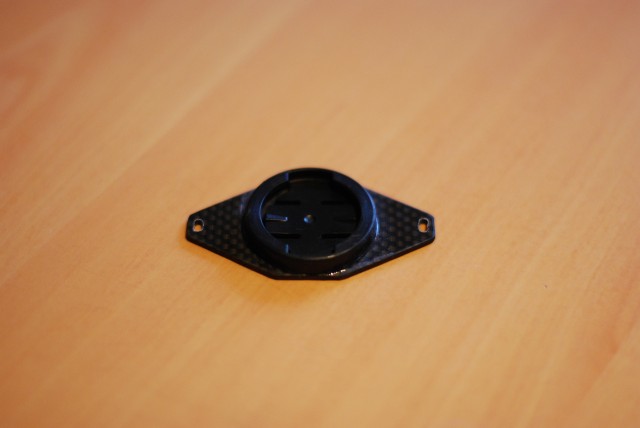 Mounted between the shifters at the front end of the extensions using two cable ties. 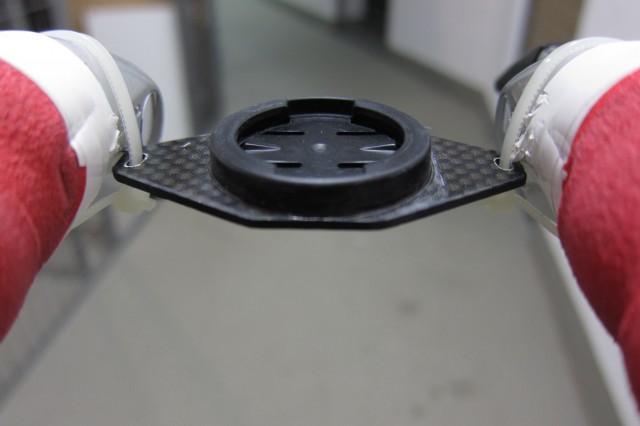 And with my Garmin Edge 500 placed in the mount. 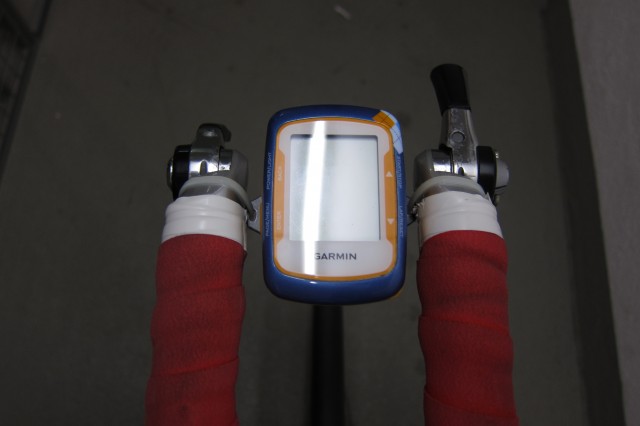 Just on one level with the top end of the extensions. 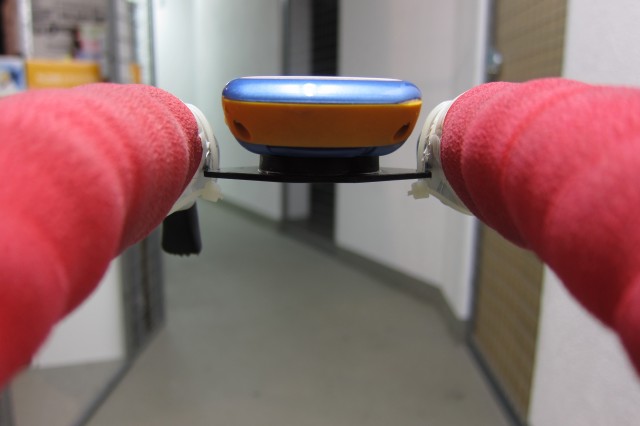 In total, it took me about 60 minutes to build the computer mount and I am confident that this is going to be a durable and well working solution.